WordPress has a plan to include an early version of the full site editor with some new blocks and new template editors. Actually, WordPress 5.8 has planned to roll out a full version of the full site editor but considering the overwhelming users, WordPress would release Global style interface and site editor alone in this rollout. The main reason is that it gives more time for theme authors, plugin developers, authors and designers to explore and give feedback. The following are the FSE related features that are expected in the upcoming rollout.

Gutenberg always focuses on stability and performance in case of introducing new features like Template editor and providing many tools for designing the blocks. The performance and stability will be increased by providing iterative improvements. For example, the Gutenberg passes _experimentalLayout to memo’d object, so that re-renders will not be triggered when layout data doesn’t change. 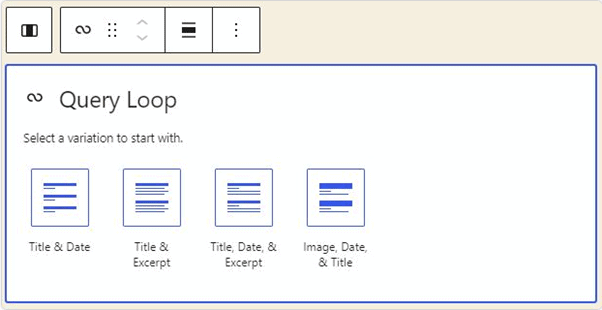 WordPress 5.8 introduces many features in new block creation in the Gutenberg editor. The following are the new features in the new version they are site logo, tagline, title, query loop, traversing between the post, post title, author, date, featured image, categories, tags. Also, the block has login/logout and page list blocks. While combining this with the custom templates, these features would give you several possibilities for content creation.
Among the new blocks, the Query loop block has special importance because this has the ability to display posts based on the category. Also, it enables the way to design the page as per the loop defined. Choosing a basic layout will be a starting point, you can customize the blocks within the loop.

Theme.json is a configuration file which is to enable or disable the features and fixing the same style for both website and blocks. This JSON file helps in controlling the editor settings, customization tools and blocks style. Expecting that the release would come up with the Global style and Global Setting APIs. This JSON file gives you a consolidated way to manage default styles which is predefined in the template.

The next release will give users the to edit the widgets using the new widgets screen and updated customizer. Through this user can now easily edit the widgets as like editing the blocks in a post/page. User will also have additional features like live preview, schedule and sharing in the widget editor. This feature gives the possibilities from no code mini layouts to create content using a block library.

The legacy widget will be used for a user using the third-party widgets. If you need the previous WordPress widgets setting screen, then WordPress recommends using the classic widget plugin which will be maintained until 2022.

In this new release, you can expect many design tools like Duotone, Layout controls and padding. In this update, you can easily colourize the image using the duotone filters. Duotone can add additional looks to your design because you can easily style your images relevant to your website theme. Duotone is the most attractive features to be enabled in the next release of WordPress which helps you to choose between two colours for an image’s shadow and highlights. This feature is available by default for cover images and blocks. No more additional editing software needed for this feature.

The patterns to get their own directory after plugins and themes have their own. Through this, anyone can easily share and create their own patterns with any users of WordPress. You can find new patterns in the block inserter or by browsing the patterns.

WebP is considered to be the next-generation image format, you can use the higher quality image in lower size without compromising its quality. Through this format, you can achieve drastic quality with a lower size than Jpeg or Png. In the next release, you can use WebP support file like jpeg and Png in your WordPress.

Just like all the release, the upcoming WordPress 5.8 has its own features which would be loved by many users. This would be the best content management system among others and it would bring many wonderful features to your website.

Actually, the WordPress 5.8 Beta version has been released for their users to test and give feedback to the developers. If you get any bugs then post your bug report in their support forums.

This site uses Akismet to reduce spam. Learn how your comment data is processed.

HostGator Shared Hosting Plans with Free SSL for as low as $2.75/mo.

We use cookies on our website to give you the most relevant experience by remembering your preferences and repeat visits. By clicking “Accept All”, you consent to the use of ALL the cookies. However, you may visit "Cookie Settings" to provide a controlled consent.
Cookie SettingsAccept All
Manage consent

This website uses cookies to improve your experience while you navigate through the website. Out of these, the cookies that are categorized as necessary are stored on your browser as they are essential for the working of basic functionalities of the website. We also use third-party cookies that help us analyze and understand how you use this website. These cookies will be stored in your browser only with your consent. You also have the option to opt-out of these cookies. But opting out of some of these cookies may affect your browsing experience.
Necessary Always Enabled
Necessary cookies are absolutely essential for the website to function properly. These cookies ensure basic functionalities and security features of the website, anonymously.
Functional
Functional cookies help to perform certain functionalities like sharing the content of the website on social media platforms, collect feedbacks, and other third-party features.
Performance
Performance cookies are used to understand and analyze the key performance indexes of the website which helps in delivering a better user experience for the visitors.
Analytics
Analytical cookies are used to understand how visitors interact with the website. These cookies help provide information on metrics the number of visitors, bounce rate, traffic source, etc.
Advertisement
Advertisement cookies are used to provide visitors with relevant ads and marketing campaigns. These cookies track visitors across websites and collect information to provide customized ads.
Others
Other uncategorized cookies are those that are being analyzed and have not been classified into a category as yet.
SAVE & ACCEPT
Powered by