What is Open Source Software?

An Open Source Software implies a computer program where its source code is open, and it is not encrypted thus can be used or accessed by every person. The term coined by software developers who wanted to create a platform for sharing their codes. 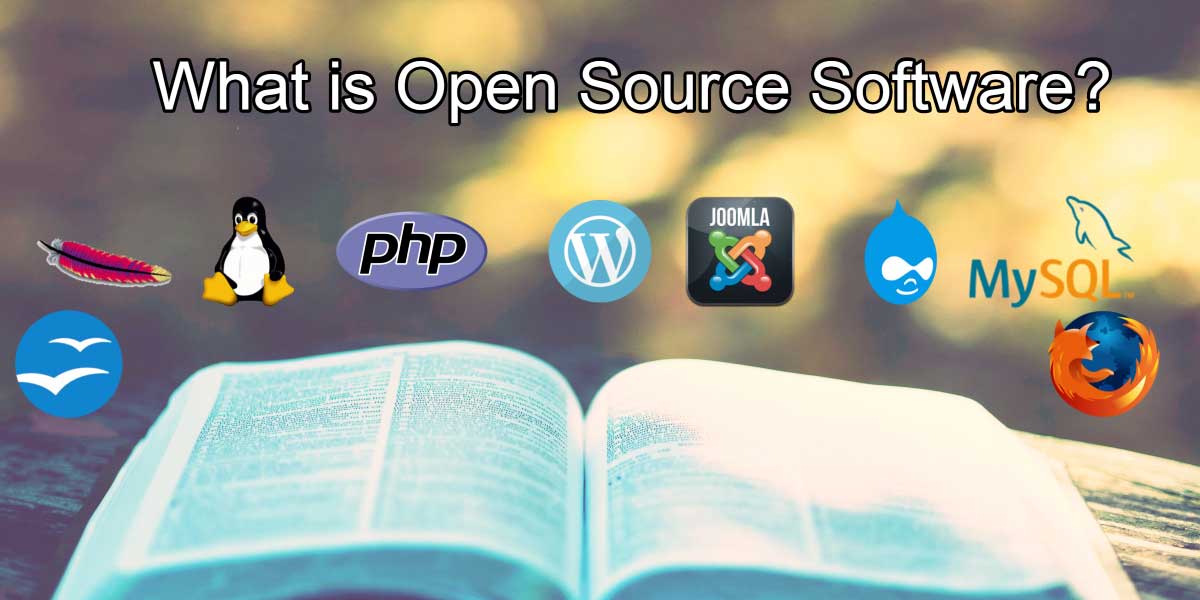 The Open Source Software can be modified and redesigned by any person who wishes to do so according to their preferences and needs.

The Open Source Software improved through bugging, testing for errors and submitting patches.

An example of popular Open Source Software is the WordPress that can be modified according to preferences of the users to make your blog more attractive. You can use WordPress to build any type of sites and blogs.

In today’s fast-paced world where the technology development both from hardware and a software perspective has become the order of the day. Open Source Software has continued to improve innovation through providing a community for open exchange of skills and ideas.

What are the differences between other types of software and the Open Source Software?

One of the differences between open source software and other kinds of software’s is that whereas the Open Source Software accessed by any person, other types of software exclusive to their creators only.

In other words, they have a closed source. This implies that the program codes only accessed by a limited number of persons. That could be a team, a person, company, etc.

What is the importance of the Open Source Software?

Open Source Software has not only improved innovation. But has provided solutions to different software problems through creating an open exchange community.

Open Source Software’s can manipulate and modify their functions through tweaking its features or fixing areas of the application or software that doesn’t seem to work well for programmers.

Different applications for sending messages, chats, emails, and videos through smartphones and personal computers use web pages that have built through Open Source Software.

Additionally, Open Source Software’s have facilitated the development of cloud computing such as Next cloud.

An Open Source Software is essential to not only the computer programmers but also to non-programmers also.

Vast numbers of Innovative technologies have primarily built through Open Source Software, for example, the Linux.

6 thoughts on “What is Open Source Software?”

This site uses Akismet to reduce spam. Learn how your comment data is processed.

HostGator Shared Hosting Plans with Free SSL for as low as $2.75/mo.

We use cookies on our website to give you the most relevant experience by remembering your preferences and repeat visits. By clicking “Accept All”, you consent to the use of ALL the cookies. However, you may visit "Cookie Settings" to provide a controlled consent.
Cookie SettingsAccept All
Manage consent

This website uses cookies to improve your experience while you navigate through the website. Out of these, the cookies that are categorized as necessary are stored on your browser as they are essential for the working of basic functionalities of the website. We also use third-party cookies that help us analyze and understand how you use this website. These cookies will be stored in your browser only with your consent. You also have the option to opt-out of these cookies. But opting out of some of these cookies may affect your browsing experience.
Necessary Always Enabled
Necessary cookies are absolutely essential for the website to function properly. These cookies ensure basic functionalities and security features of the website, anonymously.
Functional
Functional cookies help to perform certain functionalities like sharing the content of the website on social media platforms, collect feedbacks, and other third-party features.
Performance
Performance cookies are used to understand and analyze the key performance indexes of the website which helps in delivering a better user experience for the visitors.
Analytics
Analytical cookies are used to understand how visitors interact with the website. These cookies help provide information on metrics the number of visitors, bounce rate, traffic source, etc.
Advertisement
Advertisement cookies are used to provide visitors with relevant ads and marketing campaigns. These cookies track visitors across websites and collect information to provide customized ads.
Others
Other uncategorized cookies are those that are being analyzed and have not been classified into a category as yet.
SAVE & ACCEPT
Powered by